Minolta SR-7: Beauty on a Budget 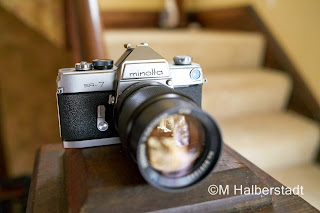 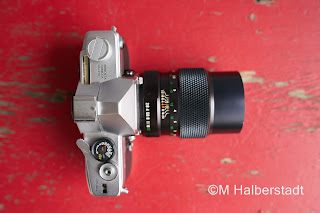 This old Minolta camera was a bit of a surprise when I first picked it up. What’s unusual about it at first glance is the meter. Unlike pretty much every SLR I’ve used, this meter is an reflective light meter with a little lens pointing in the same direction as the taking lens.

When this camera was made, this built in reflective meter would have been convenient as many photographers of the day would either have a separate hand held light meter, or just use the “Sunny 16” rule.

But a more sophisticated method of metering became common soon after this camera was made. Most film SLR’s from the 1970’s to today use what’s called TTL metering- Through The Lens which generally would be more accurate.

So what’s unique about this camera’s look is the lack of a common +/- needle or LED in the viewfinder. The SR-7 has a flip dial with a high and low setting to display exposures from f1.4 to 2.8. Press the button on the back (if the needle is in the far right or far left) and settings for brighter light will pop up (apertures f4 to f22.)

Though cool looking, I don’t think the metering is anything to write home about. The strength of this camera is  the solid reliable build and wide range of reasonably priced lenses available.

So if you’re looking for a budget but beautiful 1960’s SLR, the SR-7 deserves your consideration. This would be a good camera for a college or high school photo student, an old person like me for nostalgia, or maybe even a millennial hipster.

You can find the manual here (LINK.)

The present setup (02 March 2019) I have ready to test for sale is $40 for the body only prior to testing with film (I'll change the price after I run a test film through it.) The lens on the camera at the moment is a 135mm f2.8 Zesnar- which would be good for portraits and moderate telephoto scenes. Untested $25, after film test will change. 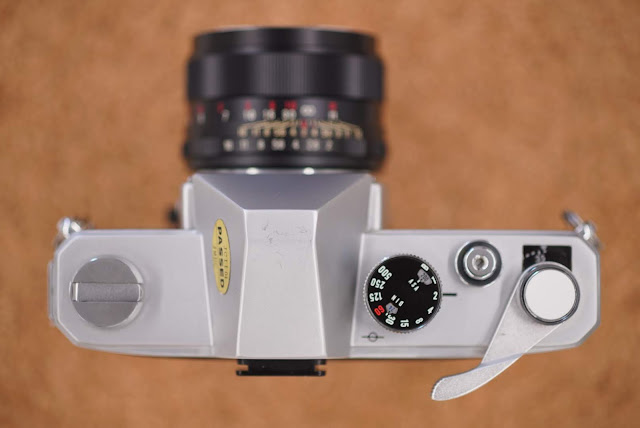